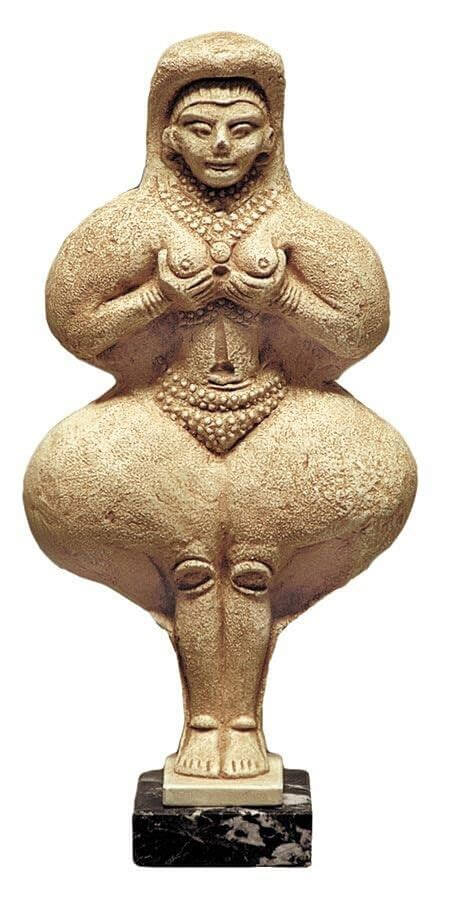 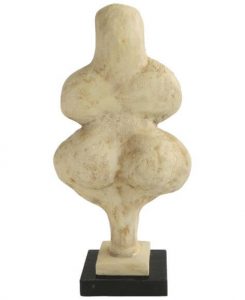 Yesterday, 8th March, was International Women’s Day.  We all know about it, we’ve all heard of it but what are its origins?  How come there is such a day?  A day that is officially celebrated in countries such as Afghanistan, Armenia, Azerbaijan, Belarus, Cambodia, China, Cuba, Mongolia, Turkey, Uganda, Russia, Vietnam, Zambia and elsewhere.  There are no western European countries on the list  and nor is America on the list , (a list supplied by the internationalwomensday.com web site) which strikes me as rather strange.

At the beginning of the 20th century women around the world who were being  exploited in low paid jobs and who had only limited opportunities marched and/or went on strike to draw attention to the inequality of their time.  In 1917 , in Russia, women campaigning for peace and for an end to the 1st World War marched and went on strike for four days until the government acceded and allowed them the right to vote.  They were joining with women in New Zealand, Australia, Armenia and Latvia who already had this right.

One hundred years ago women HAD to campaign for better working conditions and better pay and it seems that despite one hundred years of legislation, many women still have this battle to face. Apparently, the UK has just announced that self-employed women will no longer be able to access Maternity benefits!!!???  This tends to be the case in the U.S as well – maternity benefit being down to the whim of the employer.   Despite the statement that IWD celebrates the “social, economic, cultural and political achievements” of women,  how does this transfer to ordinary women?  I am concerned that this annual celebration is very narrow in its focus. I am NOT saying, but I AM questioning if the definition of women’s success is based on how well they succeed in a man’s world.  It is absolutely brilliant that women are now CEOs, are involved in politics or are top athletes – no doubt about it.  However, I would ask what about celebrating the ordinary woman who is not high achieving on these terms?

I know it sounds old-fashioned – but what about celebrating women as creators of life?  For simply being a mother?  Yes, we have Mother’s Day, (which is purely commercial) but it does not champion  the bond between a mother and her child.  A majority of women are made to feel like pariahs if they do not go straight back to work; if they do not leave their child with strangers and pretend it is normal; if they feel sad and stressed about this.  Surely in a civilised society we should know the importance of the role of the mother and how beneficial it is to both mother and child to have time together.  Not every woman is ambitious in the work place – many being there for economic reasons only – and I think that to place so much emphasis upon women being in the workplace  rather than upon their caring for their young children is to denigrate this role.

Equality is a fine goal to strive for – I definitely agree that everyone,  – regardless of gender, race, religion, age, ethnicity, – should receive the same treatment, opportunities and courtesies under the Law.  I also believe in Equity which brings a different aspect to women’s rights.  Equity is defined as being fair and just, impartial and free from bias.  Do women really want to be treated exactly like men?  Is it fair that new mothers must return to work?  Is it right that women who work creatively or domestically or who do a type of work that is not seen to have an economic value should be viewed as inferior or as pariahs?

What is women’s role?  Why are we different to men?  Should we celebrate that difference or should we strive to become more like men?  I am not au fait with current feminist thought and philosophy, I am simply musing here; but I believe that the whole notion of Equality means we should all be celebrating our differences and yet enjoy equity for all.  Equality and equity of respect for women has been necessary for a very long time.  Do we know why there has been and is such imbalance in this area? 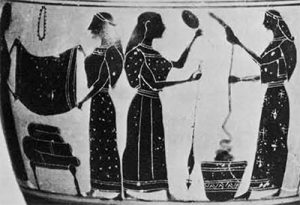 I (respectively) suggest that a fear of women’s power was inculcated by various religious leaders of all types throughout history.  Women, with their more emotional bodies and their intuition and their ability to bring forth life were seen to be as wild and as unpredictable as Nature  herself  –  Nature that was feared as being powerful and that had to be placated and appeased and controlled.  One way to control women was to denigrate their work.  Spinners for example, according to Max Dachau, were used to working together , chanting over their work; calling on the unseen powers of the Universe as they created cloth and garments.  Their chanting, in the ears of religious men,  (men disconnected from the Earth), became enchanting, thus making those women dangerous and, in later centuries, not just dangerous but witches and devil-worshippers.  Any domestic activity where women came together was suspect;  activities which connected  women to the Earth through their use of herbs and plants  was suspect and eventually led down through the years to the witch hunts and the many burnings of the medieval and renaissance times.  Today we use the word spinster to refer to unmarried women – those who are left on the shelf! 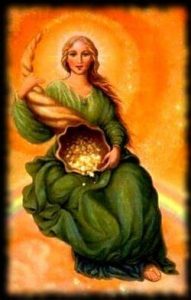 I am all for women being successful in business, politics, sport or wherever, although I would be happier to see more women demanding Equity and also re-connecting to the Divine Feminine.  There have been thousands of years of imbalance and the planet and people have suffered greatly because of an excess of  an imbalanced, out of control patriarchal system that is raping the planet.  It has been and unfortunately still is, a system that believes we have dominion over the natural world rather than we being the husbanders or guardians of this world.  (Interesting word, husband, as it  means to be a manager or steward.  Perhaps the fact that it also means to be married to a woman comes from ancient societies’ notions that the king should be “married” to the land which was always regarded as female.)  We cannot blame only men for this situation.  We women have stood by and let it happen.  We have been brain-washed over centuries by propaganda to believe that being female is “dirty”, “unclean”, inferior, weaker, less important, less valuable, less intelligent, less able.  We have been persuaded that we need more things to make our lives easier.  Perhaps it is no surprise that those countries that do not officially celebrate International Women’s Day are the main protagonists in destroying our environment. And nowadays, we swallow the propaganda that to succeed in a man’s world we must behave like a man.

I believe that IWD could be about encouraging women to reconnect to Mother Earth, to start growing things, to commune with Nature, to plant, plant, plant.  To  remember our role is to promote peace for people and planet, to balance the strength and action of the male with gentleness and creativity rather than accepting destruction and exploitation.  If we can only remember that our bodies are not “unclean” but are the bringers of life.  We must remember that our bodies are not “dirty” but shed blood as part of a feminine cycle that is repeated over and over and over in Nature.  It genuinely saddens me when I meet younger women who think menstruation and childbirth  are horrible, messy, unpleasant experiences they would rather not have to deal with.  This type of mindset must be changed if we want our planet to survive and if we want the pendulum that swings between masculine and feminine energies to be balanced.

Women have power.  This is true despite centuries and millenia of patriarchal propaganda.  Women and men will continue to suffer until women reclaim that power – a power that is of woman and is based on equity of mutual respect and fairness.  We can use our power to say no to exploitation, extraction, destruction and we can say no – we do not need to consume material goods at the ridiculous rates that are currently consumed.  Our power lies in our connection to Mother Earth, to being creatrixes just like her; in our respect for our own bodies and in our intuitive understanding that ALL beings are equal whether it be a man, a woman, a tree, a piece of land or an animal, a bog, lake or the ocean  Equality, Equity and respect for all stems from a woman’s power.  It is time now to reclaim it. 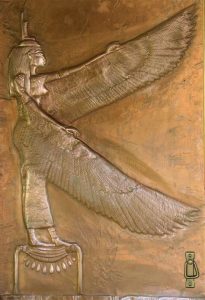 11 thoughts on “Women and Power”